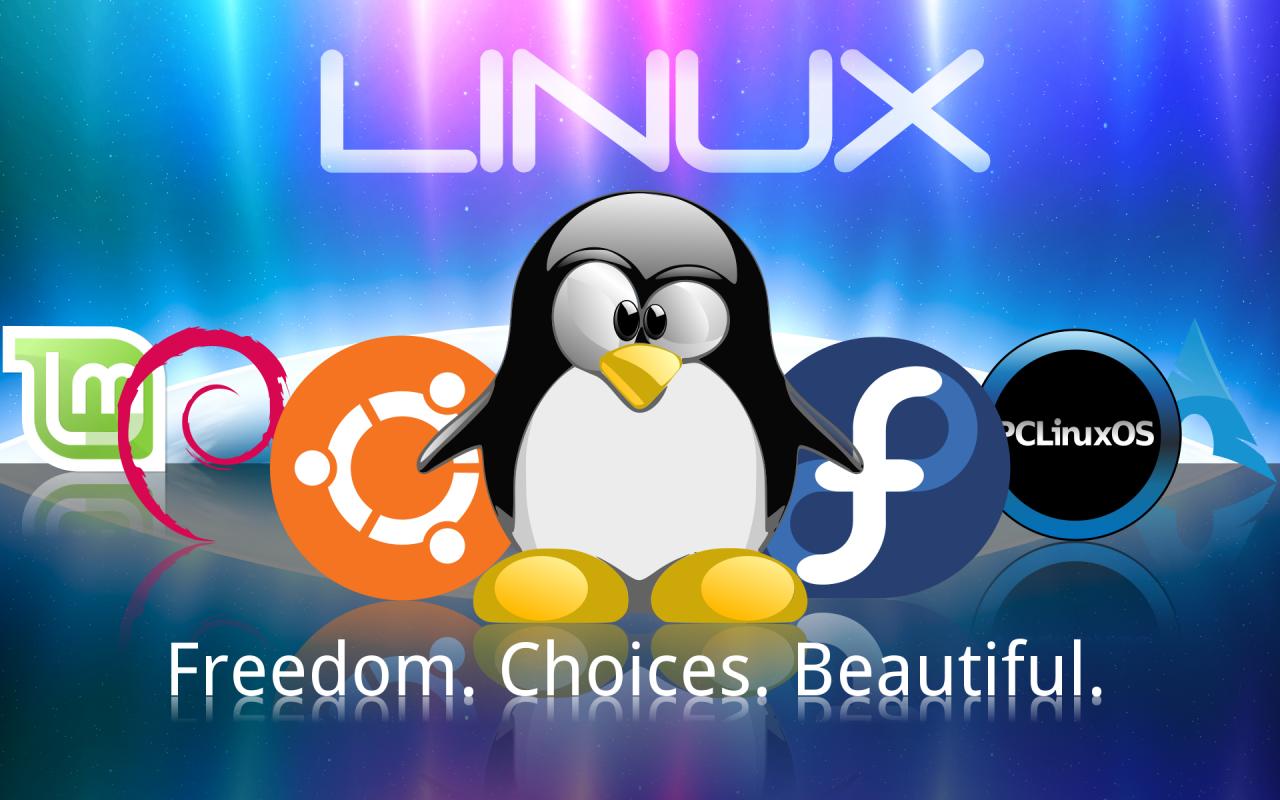 I’ve been noodling around with Linux just recently, after being hit by yet another windows update that slowed me down to a crawl as it installed all its malware.

I didn’t know where to start, so like everyone else I started everywhere and booted up google. It pains me sometimes that we have the sum of all human knowledge at our fingertips and the thing we use the internet for the most is posting cat pics or racial hatred (I’m ok with cat pics tbh).

The last time I looked at linux I was fighting with a command prompt and using a desktop environment that was barely functional (it was many many years ago). Things, it seems, have changed. Now there are many different flavors of linux to choose from (unlike windows where soon it will be windows 10 or nothing) - and each flavor has its strengths and die hard supporters. I wasn't weighed down by a long standing relationship with any version of linux, I just wanted an operating system that would let me program and play some games. For the programming I was pointed to Manjaro and for the games Pop OS kept cropping up. So not ideal, I don't want to dual boot if I can help it. I decided to jump in and see what it was all about.


Manjaro First. I installed Manjaro onto an old hard drive via a usb stick. This was a very strange procedure (well stange to my windows conditioned eyes). I downloaded an .iso file onto a thumb drive, booted the machine from the thumb drive and expected to be presented with some install options (as you would) but no, the thumb drive booted me into a working copy of Manjaro straight from the thumb drive! This seemed to be the fully functioning operating system which would let you explore as much as you wanted, which also had an icon on the desktop to install manjaro to an actual boot drive if you liked it. This, it seems, is quite common between linux distributions (or distros for short). But something had caught my imagination, a fully functioning operating system had booted from a usb thumb drive; surely I could install my own version of manjaro onto another thumb drive that would retain my information and settings like a regular hard drive would? (The installed versions of linux distros do not retain their info or settings on reboot). In my mind's eye I could see me carrying around my thumb drive complete with its operating system and my complete work environment in my pocket and being able to plug into any machine with zero configuration needed and be able to seamlessly start work where I had left off). The geek within was excited.

So what about Manjaro then? Well what I was presented with was not very dissimilar to a normal windows desktop. Very nice sleek design, start button bottom left, clock and other info bottom right. It booted faster than windows and felt snappier when moving around the desktop opening files. Under the hood things were not scarily different. You can use a command prompt for setting everything up and installing programs if you like (which my inner nerd appreciates), but Manjaro uses a desktop program for keeping your system up to date and for installing new software. Even though I had chosen this operating system because people had said it was ideal for programming and productivity, Manjaro came with Steam pre installed; I just logged in and my full games list was there waiting to be installed. So gaming and productivity…. Interesting.

As Manjaro had been so easy to install, I thought I’d give Pop OS! a go and see how that went. Just like Manjaro, Pop OS installs booted from a USB thumb drive into a working version of itself. This was a very different experience from Manjaro; greeted by an empty desktop with a bar across the top. Gone was the start button and the easy use navigate. Pop felt very minimalistic and navigation came from clicking a button that appeared on the left hand side of the screen that dimmed the desktop and filled it with program icons. Initially I recoiled from this, it was too different, but then I rose to this new challenge. Wasn’t one of the points of moving from windows that I wasn’t tied into Microsoft's vision of what my operating system should look like? Should I not be embracing this change and not just tentatively prodding it, but shaking it and demanding more? I did. There was embracing, there was prodding and there was shaking, and in the end I did come to like the difference of it all. Booting into Pop and just moving around the desktop is a joy once you get used to it, and it will certainly get you noticed in the office!

So Manjaro or Pop OS?

Manjaro Vs Pop Os - The Conclusion

Yes, I enjoyed Pop, but (yes, there is a but) I ended up going back to Manjaro. It wasn’t that I didn’t like the look and feel of Pop, it’s just I found it under delivering on the ‘out of the box experience’. I am fully aware that the reason I changed back to Manjaro is the reason that many people will stay with Pop. When you install Manjaro you are up and running in seconds, all your expected creature comforts are there, in a minimalistic kind of way, not in a over the top bloatware Microsoft kind of way. You can just install the productivity tools you need and you are off to the races. The Pop OS! experience is quite different. Whilst the operating system looks great and is good to move around, the initial install is very bare bones, and I feel this is intentional. This is an operating system that gives you a great solid base that you can then add to, to really make it an extension of your own personality.

There may be some who can just install Pop and get stuck in with work and play from the get go, but I’m guessing many more love the building and tinkering aspect of the OS. If you want your start bar to be visible and in a different position: you need an app for that. If you want your desktop wallpaper to change every 15 minutes: you need an app for that. If you want maximise and minimise buttons on your windows: yep you have to add that yourself. Don’t like the bar at the top of the screen: Install an app to make it auto hide. Part of me, a very geeky part of me loves the idea of this. Start as basic as possible and roll your own so that if you sit next to another Pop user, there is a very good chance that both Operating Systems will look, feel and work completely differently. But sadly I didn’t have the time for that level of indulgence, I wanted to be up and running right away with as little messing around as possible. For me, Manjaro delivered that with a minimal amount of fuss. That is not to say that I won't be tinkering with Pop as I work with Manjaro. I may yet be back.

The Upsides of Linux

There are many, far too many for me to list here, but here are some of the more obvious ones:

The Downsides to Linux

So, would I dump Microsoft and Windows if I could get Visual Studio, Unity and Oculus to work on Manjaro and go back to booting a single OS? In a heartbeat, yes. I’m going to keep noodling to see if I can’t make that happen.
<< back 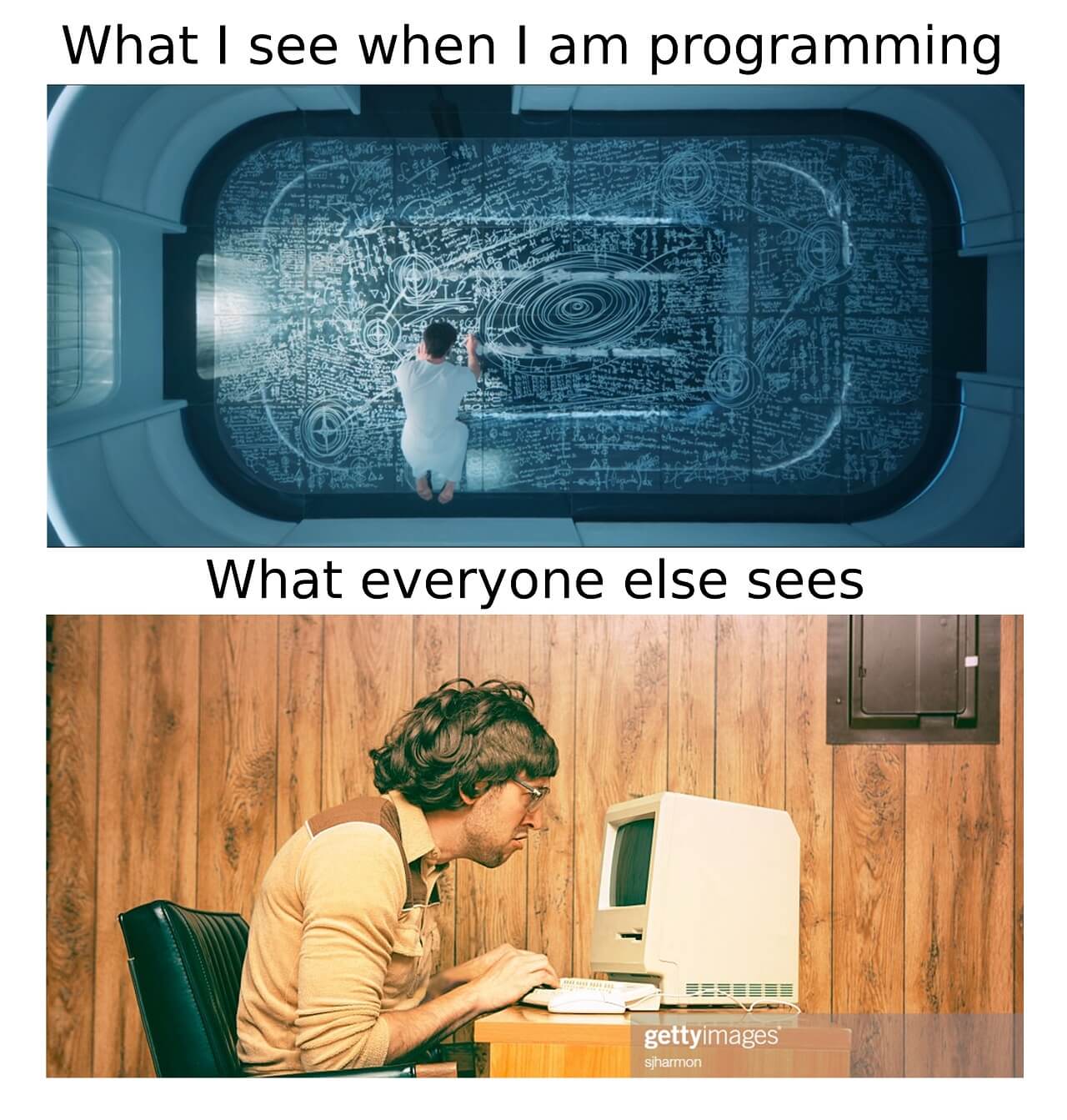